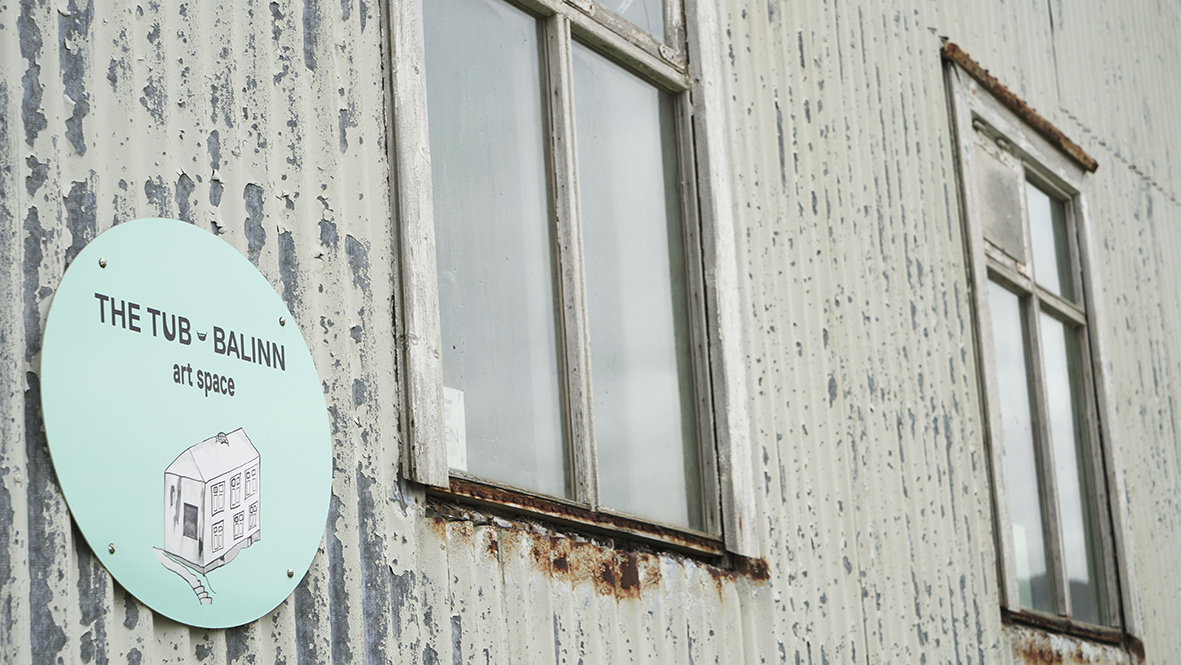 Curated by Emilie Mørkeberg Dalum, the exhibition “We used to build castles” by the all female Icelandic-German artist group “Island between us” was presented in summer 2020 at The Tub, Þingeyri, Iceland.

“Island between us” first met at Künstlerhaus Lukas in Ahrenshoop during an exhibition project that was also shown in Skagaströnd in 2009. Our name refers to an experimental, process-oriented space that we use for creating art and as refuge. Each artist has her own working method and visual language, as a group we combine these strategies to interact with the places we stay at. Joint work stays include Künstlerhaus Lukas (2012), Münnerstadt (2014) and Skagaströnd (2019).

For our exhibition “We used to build castles” we were inspired by photos of the abandoned house and its environment but also by our stay in Skagaströnd past year. To make the best of a situation that doesn’t allow us to travel, we created art that could be send easily to Iceland.

Ines Meier showed her series “Memorial of” and “Let sleeping dogs lie” there.

In 2019, our artist group “Island between us” stayed at NES Artist Residency in Skagaströnd to prepare our 10-year anniversary exhibition. One of our members owns a house there that we helped to clean out. For our art work, we used objects that we found at the house and that belonged to the former owner. I found a slide collection by a Russian press agency that included pictures of wild animals in National Parks, public sculptures in Moscow, portraits of people in a Siberian village, technical achievements etc. For the series “Memorial of” I used the slide frames, kept parts of the picture descriptions and combined them with moss, feathers, sea urchins, sheep fur and other material that I found in Skagaströnd. The resulting images function like humorous and poetic research samples from a journey through Iceland’s magic yet threatened environment.

My dad used to be on the national team for alpinism of the German Democratic Republic. My mum and I never knew if the far away mountains and glaciers would be welcoming or turn against my dad and his friends. To me as a child, mountains were like sleeping dogs that you should not dare to wake. They were god-like creatures, deciding over life and death. But now the glaciers themselves are dying. Vatnajökull is estimated to be melting at a rate of one meter per year and many of its outlet glaciers are melting at an even higher rate. The Google Earth images show its raw beauty, sometimes its surface looks like waves or whirls, sometimes like the millennial-old skin of a wild sleeping animal.